Our interior films are regularly used for many different refurbishment and surface decoration projects and are applied onto a variety of surfaces.

Why remove when you can improve?

Contact us for product samples, enquiries and to place orders: 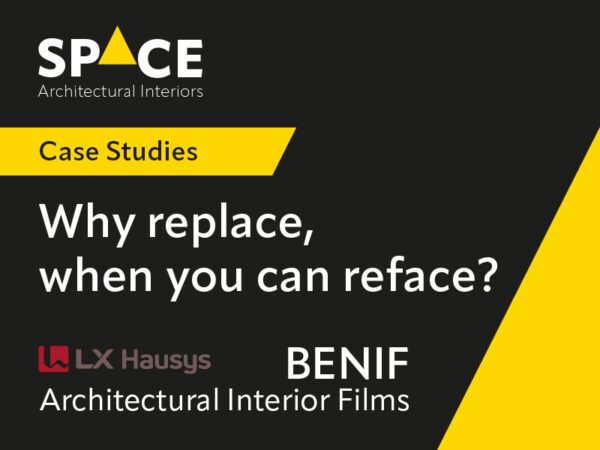 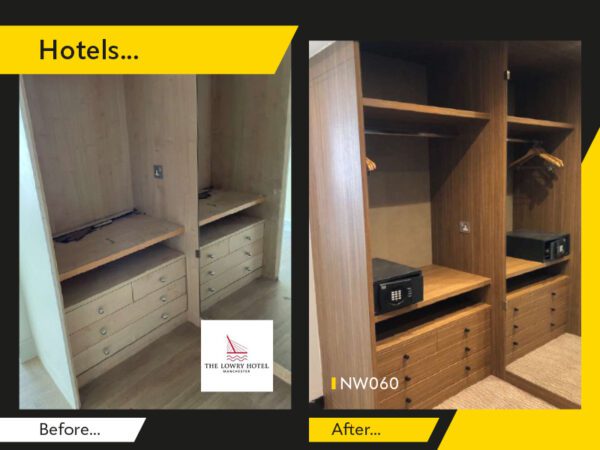 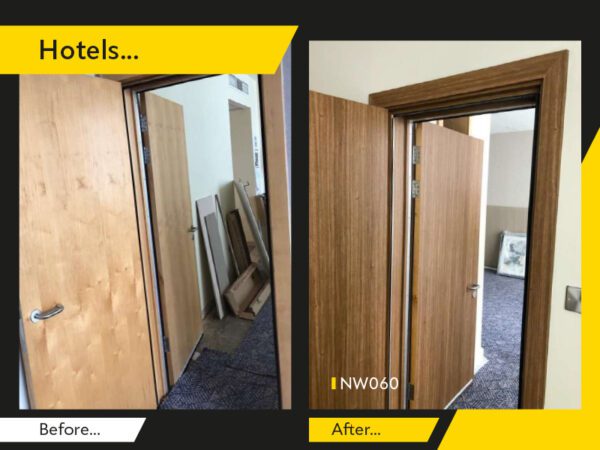 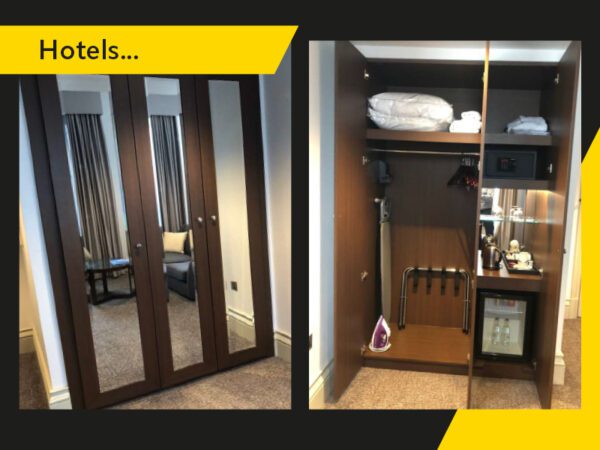 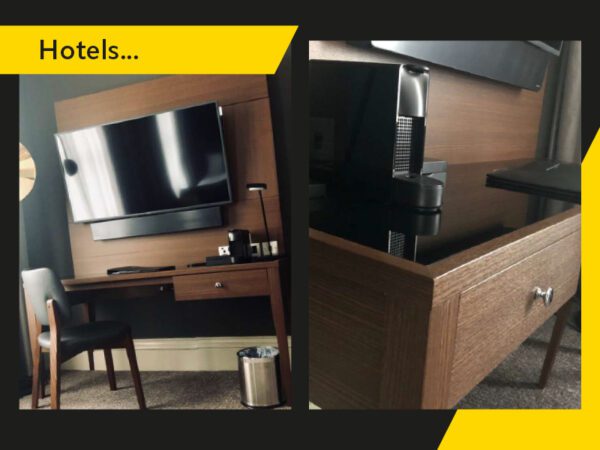 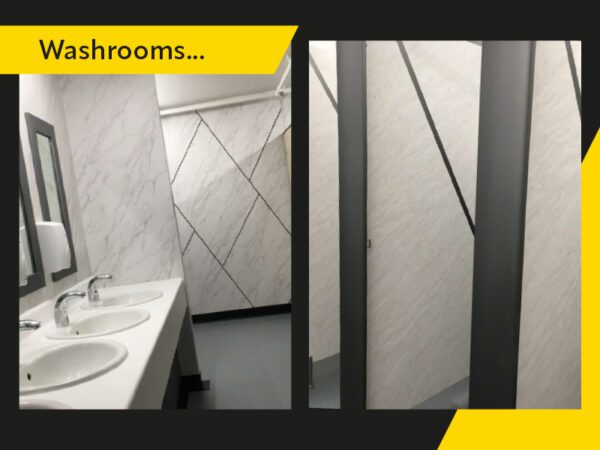 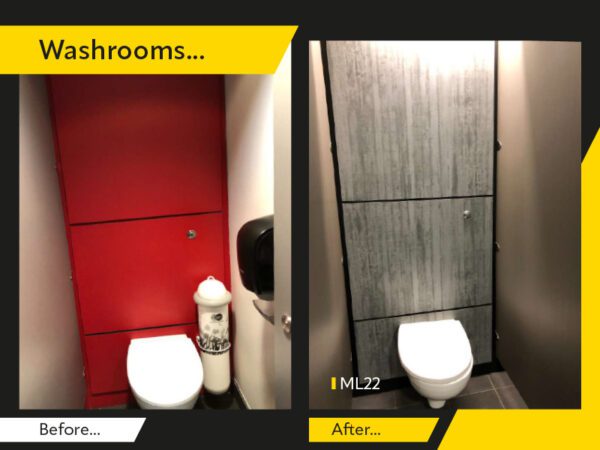 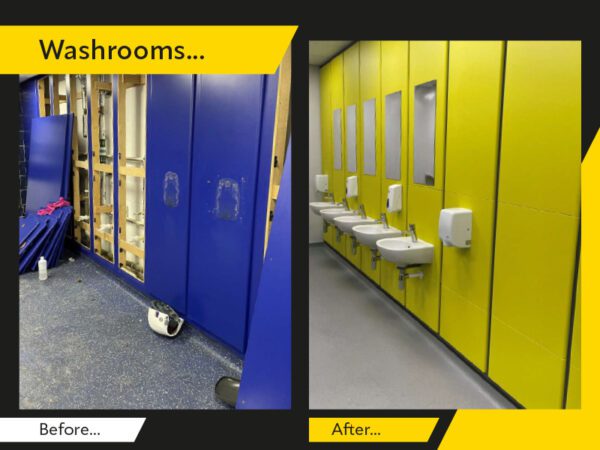 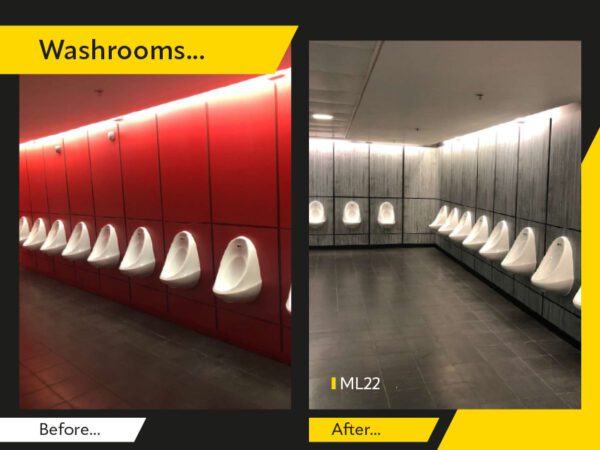 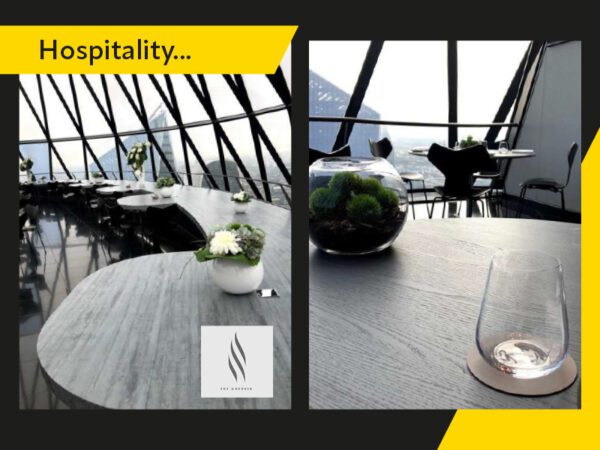 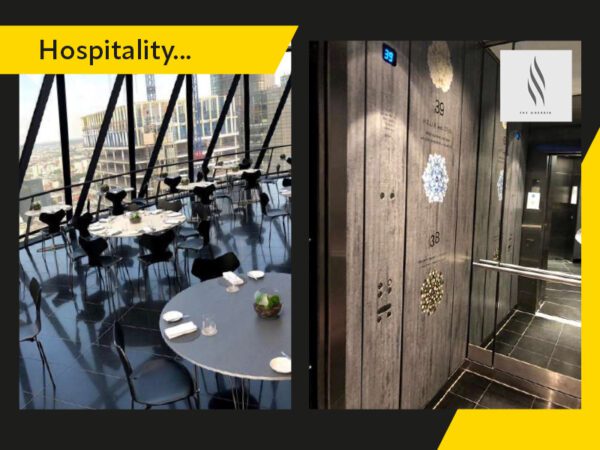 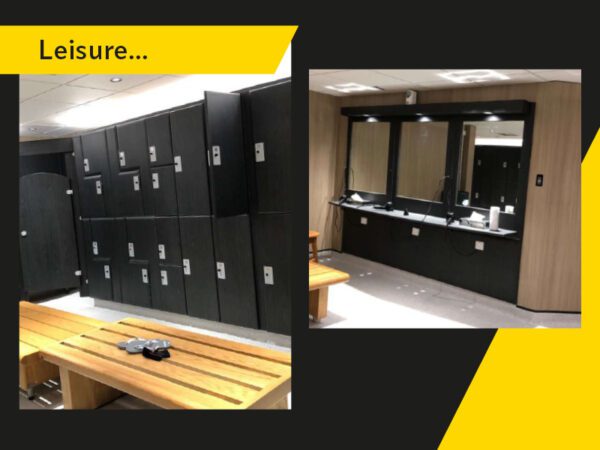 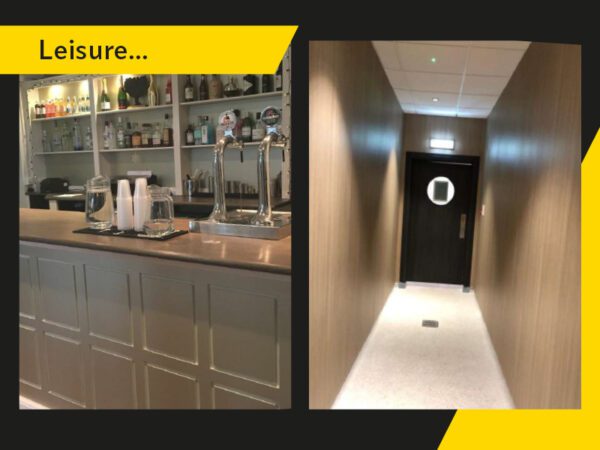 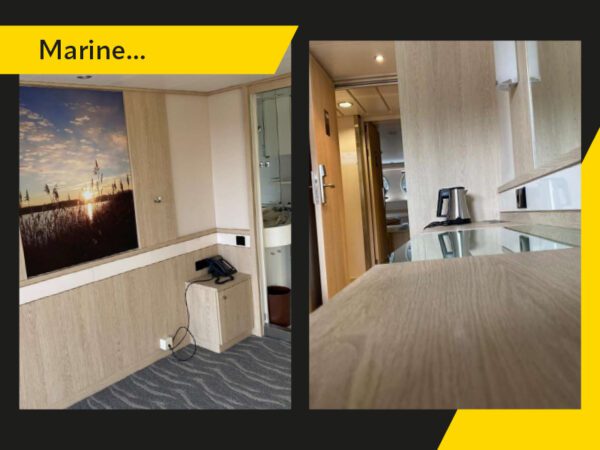 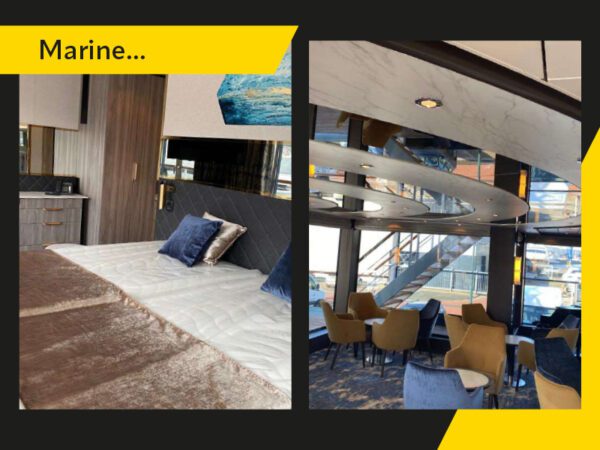 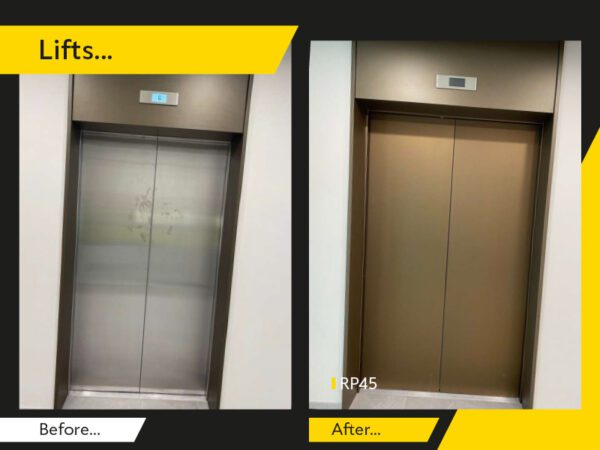 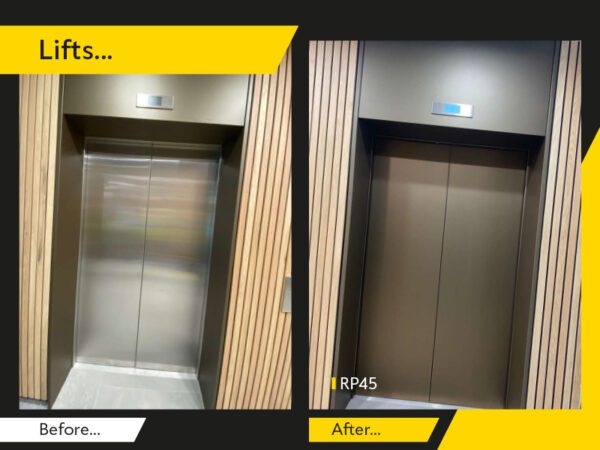 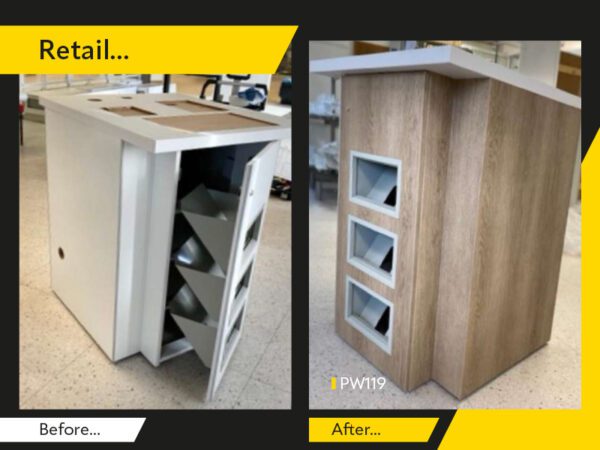 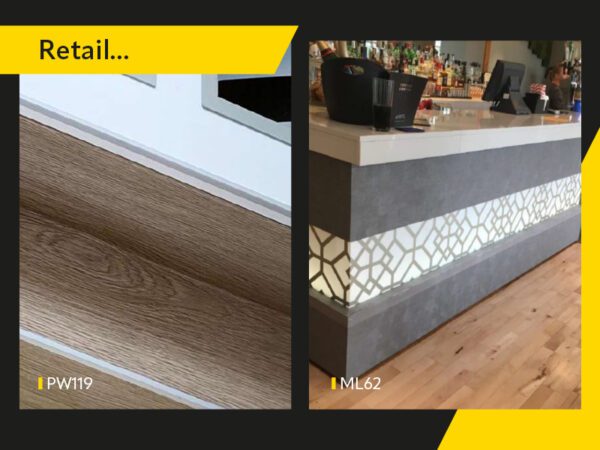 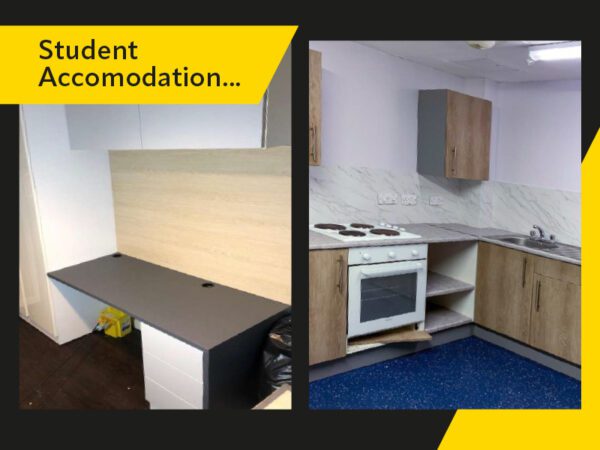 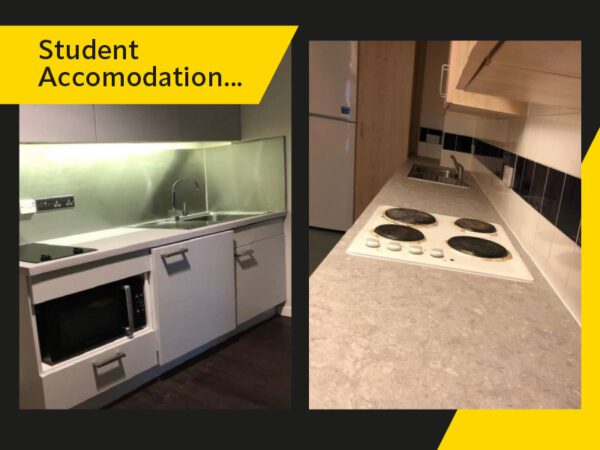 As part of their social responsibility programme, the company looked at ways at how they could refurbish lockers, counter tops, bars, washroom walls and doors instead of simply scrapping them and sending to landfill. LX BENIF Interior Film provided the perfect solution.

For this project, LX BENIF Solid Graphite interior film was used to cover the surfaces. The results were achieved without any major operational disruption to the business and were visually pleasing and practical thanks to LX BENIF Interior Films low maintenance requirements and longevity of performance.

LX BENIF Interior Film was used by specialist contractors to ‘wrap’ around PVC board which had been cut into strips and used to frame the mirrored areas which featured throughout the bar and seating areas.

Elevators are an expensive investment for any company and in most cases are utilised for many years. Much effort is made to stay on trend and timeless so it was decided to provide a modern fresh appearance to service users who would be unaware it is not a new installation.

Specialist contractors used LX BENIF Interior Film to refurbish Easthampstead Park Hotel’s reception desks, servery units and a coffee station. The customer said “the finish of the BENIF films looks good and is very hardwearing, so it’s well worth looking to refurbish your furniture rather than to replace it.”

LX BENIF Interior FIlm provided an economical solution to refurbish a kitchen in one of the apartments which had become in need of
a makeover. Sophie Verhoven from Get Living London said “We had only one day to refurbish this kitchen and T6 delivered on this very tight schedule so the new tenants could move in the following day.”

As part of the refurbishment project, LX BENIF Zinc Effect interior film was selected to re-cover tables, bar areas and lift interiors. Specialist contractors were able to carry out the work in only four nights in time for the official opening to the public. LX Hausys BENIF self-adhesive architectural films were ideal as they can be quickly and easily applied to almost any interior surface.

HMRC offices in Watford underwent a refurbishment project, part of which involved updating a number of washrooms. Rather than replacing all the bench units housing the handwash basins, specialist contractors recommended to Mapeley that the units be refurbished using LX BENIF Interior Film. This would not only save considerable replacement costs but also greatly reduce installation time as the plumbing and fittings would not have to be removed or replaced.

As part of the NEC’s ongoing refurbishment programme, LX BENIF Interior Film was specified to refurbish one of the many washroom facilities located throughout the exhibition halls. The washroom was totally transformed in under 7 days by covering the existing walls, cubicle doors and paneling with a selection of designs and finishes from the LX BENIF Interior Film range.

The interior elements including doors and walls had to have a fresh and creative feel while being considerate to the different types of tenants. LX Hausys BENIF architectural interior film was specified “as it offered a realistic natural look and allowed the design to flow from stone, concrete, and wood throughout the building” Over 50 old wooden doors with metal and glass portholes were brought to life using LX BENIF’s modern colours and designs.

The Weybourne Day Unit, part of the NHS Norfolk & Norwich University Hospitals Trust, provides a nurse-led oncology and haematology service. Emma Jarvis, Environmental Arts Manager responsible for the project said “Our decision to use a film to cover the walls and as a base for the artwork was determined by a number of factors including; infection control, cleaning and fire safety”. Emma continued “We trialled a range of different films printing designs directly onto the film and then tested it with actichlor which is a hospital bleach used throughout our hospital. We selected LX Hausys Interior Film because it not only passed the bleach test but the quality of the white colour of the film was also significantly better than the others we tested.